Jolanta Dolewska lives and works in Glasgow and works predominantly with photography. Her artistic practice is driven by concerns about the power struggle of human beings in relation to their physical and political existence. Her installation Untold Retold, which makes use of a variety of material, including projections, clay and objects, derived from her publication ‘Reservoir‘ in which she explores what remains of photographs when they are passed on between generations.

In ‘Reservoir’, I transpose photographs from negatives inherited from my late father together with my own photographs. My father’s archive of family photographs, technical documentation, school photography and portraiture were taken over the period of his life as a photographer.

As the ownership of imagery migrates, by default (without a written last will), from one realm (parent) to another (child), from the dead to the living. I use these photographs as the departure point for my personal enquiry in considering different possibilities and interpretations, with a desire to develop a discourse around found images; images which fall upon me and I absorbed and transformed them.

The work addresses themes of absence, alienation, displacement and what remains after someone’s death. I choose to work with decontextualised images in order to test their validity and viewers’ perception.

At the time when Nadia Perez, the curator, approached me about developing my work ‘Reservoir’ for the “Altered States” exhibition at WUK in Vienna, I was already working on a different project using objects and clay and my interests have shifted so I decided to incorporate my new ways of making in “Untold, retold”.

At last, you admitted I knew more than you. For a split second I felt the triumph, then sadness came. Sadness that you have resigned, that I lost an adversary for discussions. And at the bottom of everything, sadness that now it was just me.

I remember your words of regret because of your failure to record and share all those fleeting moments of life before they merged into darkness. You doubted the purpose of it all.

For a long time the thought of you being no more was so abstract for my untested mind.

We spoke on the phone just a few hours before you left and you agreed for strange women to wash your body the next day.

There was no tomorrow.

The moment came, too soon, always too soon.

The body I was shown was not yours, although it had your lips. The pink lipstick they were covered with and pasty powder on the skin made me think about backstage preparations. I wondered what eternal role would you play. The embalmer, who did his training in Egypt, told me that the face would last for at least hundred years; he took pride in his craft.
At Warsaw cemetery they refused to bury your body in our family grave because you were a nonbeliever. We considered laying you in the orchard under the apple tree or a bush of red currants you used to like to eat with sugar in the summer. A couple of notes in an envelope comforted the priest in charge; you even had a mass service on that cold March morning. The liturgy’s reading was the parable of the prodigal son. I assumed you would not have minded.

In my dreams we talk. Once you asked me if I continued to photograph. I do. Does it suffice though? Will it help me to understand why we are here? Or will it prevent us from disappearing after the inevitable leap into the night? 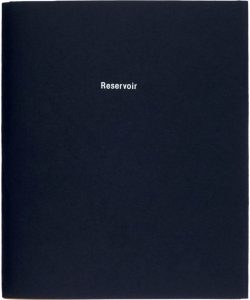